An Answer to the Question: What Is Enlightenment? by Immanuel Kant

An Answer to the Question: What Is Enlightenment? by Immanuel Kant

"....A high degree of civil freedom seems advantageous to a people's intellectual freedom, yet it also sets up insuperable barriers to it. Conversely, a lesser degree of civil freedom gives intellectual freedom enough room to expand to its fullest extent. Thus once the germ on which nature has lavished most care—man's inclination and vocation to think freely—has developed within this hard shell, it gradually reacts upon the mentality of the people, who thus gradually become increasingly able to act freely Eventually, it even influences the principles of governments, which find that they can themselves profit by treating man, who is more than a machine, in a manner appropriate to his dignity."

View all my reviews
Sentenza emessa da Gonza a 6:00 PM 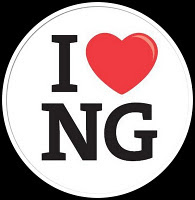